This week, two podcast conversations aired and I’m so excited to share them with folks. The first one is Zach Beach’s Learn to Love podcast. He is all about love and the transformational aspects of it and we spent some time talking about why it’s sometimes hard to love teens, but why it’s so important. Check it out here.

The second podcast is from the Conscious Family Project, which is all about and for home schooling families. Ally and I talked about teens and motivation and we had such a great time that she invited me back for a second round to talk about teen social relationships. That one will air soon, but for now, even if you aren’t a home schooling family, you might find some good information here (plus, Ally is an absolute delight to talk to because she is so enthusiastic).

Stay tuned for some more good conversations and please, let me know if you’ve read the book and it has spurred any good talks on your end (or good questions). 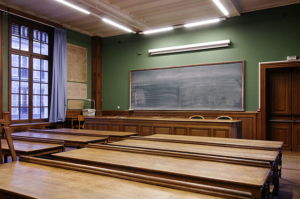 Honestly, my stomach clenches when I even think that phrase. And I don’t want to position myself as some sort of expert on par with some of the folks who spoke with Meghna Chakrabarti today on NPR’s On Point but I do take exception to the wildly upsetting information that is being put out there without what I think is proper context.

The premise of today’s show on NPR was aUNICEF report titledThe State of the Global Education Crisis: A Path to Recovery.

It detailed some of the global reactions to the pandemic, including the length of time that school children were kept from their classrooms and what the effects of those measures seem to be. While it is probably indisputable that children didn’t maintain the educational momentum they would have, had the lockdown not happened, I take exception to the phrase “learning loss.”

These youth did not lose brain cells or the capacity to learn during the lockdown.

Children all over the world continued to learn while they were at home. They may have learned things like how to navigate technology, whether or not online learning is something that they are adept at, and what it is like to manage social relationships when everyone in your household is at home at the same time every day. And those things are valuable, even if there isn’t a standardized test that measures them. But it is important to note that, while these kids may not have been learning the kinds of things that teachers in classrooms teach them in a structured, rigorous way (how to read, how to solve complex math problems, etc.), they haven’t missed the opportunity to ever learn those things.

We know from looking at adult literacy programs that people who are 40 or 50 or 60 can learn to read, so sounding the alarm because a group of four or five or six-year olds didn’t learn to do it in the last two years feels disingenuous. Just because your child missed out on an opportunity to learn algebra during the 2020-21 school year doesn’t mean they can’t learn it this year or next. It is important that we recognize that the timelines we are measuring kids by are altogether arbitrary. Someone in the United States decided that the majority of structured, classroom learning of particular subjects ought to be done by the time most kids are 18, after 12 or 13 years of formal schooling. Someone in the UK decided that it ought to be done by year 10 or 11 and then kids can specialize in certain subjects. Other countries have decided that eight years of school are sufficient. And the way we structure the school year in this country has more to do with historical agricultural calendars than brain science. Meaning that just because kids didn’t take pre-calculus in 10th grade doesn’t mean they are doomed to failure, that they’ve missed the window of time they could learn it, and that they have “learning loss.” The human brain is a magnificent organ that is capable of learning pretty much forever.

More offensive than these kinds of pervasive conversations, though, are the things we’ve chosen to ignore that affect a child’s ability to learn more than their not being in a classroom with peers. (Also, it’s fair to note that many intelligent folks have been home-schooled or “unschooled”).

We know that poor nutrition affects our ability to learn. So does not having our basic physiological needs met. And yet, we have tens of thousands of children in this country alone who lack a stable housing situation, food security, and a supportive, loving adult in their lives, but we don’t talk about that as if it’s a crisis.

We know that learning takes place more effectively in relationship and yet our public school system is set up to cram as many kids in a classroom as possible and deprive teachers of the resources they need to adequately build relationship with their students.

We know that the human brain wasn’t designed to take in vast amounts of disparate information all day without breaks to integrate and make meaning and build understanding, and yet we subject middle and high school kids to anywhere from five to eight different classes per day with just ten minutes in between to get from one to the other.

I could go on, and on, and on, but I won’t. My point is that when the media focuses on things like this report, they are reinforcing the notion that the lockdowns were harmful to children in a way that isn’t accurate. Many children suffered socially and emotionally during the last two years, to be certain, and I wonder how much of that is due to the expectations that we as adults continued to have of them to “keep up,” as well as the isolation from their peers. We could be talking about the things that are much more impactful and important, like figuring out how to really meet the physiological, social, and emotional needs of children all around the world as a way to create the optimal circumstances for learning, but we aren’t. Instead, we are continuing to put pressure on kids and teachers to ramp up their efforts and make up for lost time and, frankly, that is only going to cause more harm than we already have. Please, can we stop talking about “learning loss”?