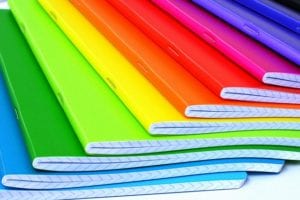 For many kids, next week marks the beginning of another school year, and for parents, there is often at least a fleeting thought about how to help students succeed. There is a tension between nagging/constant reminders and letting kids feel their own way forward that can be excruciating for parents and caregivers because, while we want our kids to become independent, we are loathe to see them crash and burn if they don’t yet have the tools to really take off and fly.

Last year, I wrote this post about setting goals, but in the spirit of knowing that rarely does one size fit all, here is a different approach that might work better for students who prefer to approach the world in a more concrete way.  It may even be more impactful if one or more adult is willing to go through the process along with the kids so you can all hold each other accountable.

Feel free to comment with your ideas or goals here and I will do my best to cheer you on and help you be accountable if you want.

You’re going to mess up.

You’ve done it before and you’ll do it again.

And when you do, it’s entirely possible that you will have some choice phrases for yourself, you’ll maybe be angry that you didn’t see this coming, that you didn’t plan enough or anticipate the potholes in the road or think that there is some fundamental part of you that is simply wrong.

Look, making mistakes feels pretty awful sometimes. Especially if you do it in front of people or it happens after you’ve convinced everyone that this is the thing you’re good at. But beating yourself up mentally feels worse, and it shuts down the part of your brain that is responsible for learning from mistakes.

It’s true. In times of high emotion (especially shame and anger and frustration), the reptilian part of your brain takes over, the part whose job it is to protect you from harm. When that happens, the part of your brain that is more evolved takes a break. It literally just stops working and hangs out for a while, believing that your reptile brain has got this.

And that means the lesson you learn is that you’re not good enough.

Wouldn’t you rather move through that disappointment and get to the part where you switch the learning brain back on and get smarter?

I would. And here’s how I do it. When I screw up, I pull out this handy list of reminders to help me tread that painful path with self-compassion.

Here’s the thing: even if you aren’t really feeling it when you start saying these things to yourself, chances are, with enough repetition, you’ll get to the point where you believe them. And, as an added bonus, when we are kind to ourselves, we generally end up being kinder to other people. Honestly, there’s research that shows it. So give yourself a break. Be nice. Spread the nice around and make sure to start with you.

Helping others makes us feel good, right? There is all sorts of research that shows that when we are compassionate and altruistic, we are happier. But can you remember a time when you reached out and helped someone else and resented it or felt worse afterward? It turns out that why we choose to be compassionate has a lot of impact on how compassion affects us.

Sometimes, we help others because we feel sorry for them, but it turns out that this doesn’t generally make us feel good, either. It makes us feel superior, but it doesn’t make us feel good.  Consider this quote from Pema Chodron:

It is also common for individuals to self-identify as “helpers,” which isn’t necessarily a bad thing, but it can prove to be difficult over time. If we derive our self-worth from helping others, we can find it harder to accept help from others when we need it.

Engaging adolescents in conversations about compassion, rather than simply imploring them to act in ways we define as compassionate, can be an incredibly powerful tool as they begin to build habits of thought and action. The following three questions can spur some impactful discussions.

The more mindful we all are about when and how and why we choose to be compassionate, the more we can begin to understand how to make our actions count in big ways. And if adolescents are taught that having personal boundaries is not incongruent with compassion, they can begin to develop a better sense of self-compassion as well.