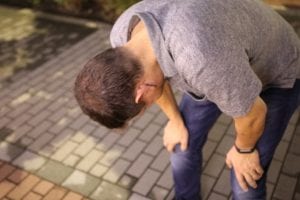 We’ve all heard the phrase, “I’m not good at ______________,” or “I don’t get it!” from our teens and sometimes, this is the beginning of an excuse to stop trying. While this frustration can come up when our kids are younger, they are generally more willing to keep trying until they learn that new skill (riding a bike without training wheels or making a full pass on the monkey bars), so what is it about adolescence that makes our kids prone to giving up?

One major reason why kids stop trying at this age is because they don’t want to look stupid in front of their peers. There is an almost existential need to appear competent at all times when you’re a teen, so admitting that you’re struggling with something is a really difficult thing to do.

Another reason is that, by the time most kids get in to middle and high school, the prevailing cultural wisdom is that they ought to be specializing their skills. Many athletic kids have narrowed their focus to one sport that they play year-round. Adults are starting to ask them if they are more artistic or academic and even (gulp!) what they think they might want to major in when they go to college. There is this push to have kids define themselves as “good at” certain particular skills so that they can begin to hone those skills and use them as a way to get in to a “good college.”

All of this despite the scientific evidence that shows that adolescents’ brains are continuing to develop in ALL areas very rapidly and more deeply until they are around the age of 25. What this means is that the more we can get adolescents to stretch themselves and keep taking risks in a wide range of areas, the more fully developed their brains will be.

Many of us parents have fallen in to the trap of thinking that we possess natural abilities in certain areas and limited abilities in other areas. How many of us have defined ourselves as Right-Brained or Left-Brained in order to explain our less-than-stellar performance in math and science or creative pursuits? The fact is, we trained ourselves to be that way over time by developing certain portions of our brains more than others. Sometimes because we preferred particular activities (say, art class instead of calculus), and sometimes because we were told we shouldn’t like certain things (boys shouldn’t take Home Ec or be good at cooking, for example). But giving our teens the opportunity to continue striving to learn about a lot of different things means that they will have more choices open to them in the future because they will have a certain basic level of proficiency in math and science and language and art and athletics.

So, how do you do that? Here are a few ways to encourage your adolescent to keep trying.

I’d love to hear whether this is helpful and if you have other ideas to help teens persist when they’d rather give up. Setting the Stage for a New School Year 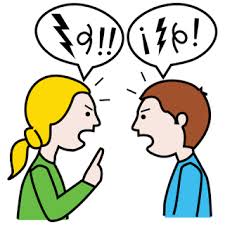 Why Mindfulness is Good For Every Classroom
Scroll to top