We all do it – reduce ourselves or another person down to a label. We learn at an early age how to call someone we disagree with a name – “jerk,” “idiot,” “monster.” Eventually, we learn to aim it at ourselves when we make a mistake, and by the time we’re teenagers or adults, it is such a habit that we often don’t even think about it. But it is harmful in so many ways for so many reasons.

Label the feeling, not the person.

When we express ourselves to someone in a way that tells them how their behavior affected us (“I feel really awful that you didn’t tell me the truth”) versus calling them a name (“You are such a liar”), we invite dialogue and conversation. That person might still feel a little defensive, but they aren’t boxed in so tightly as they would be if they heard that we’ve already made up our minds about them.

We are also affirming the relationship when we express our feelings. We let the other person know that the connection is in tact, and we can ask questions to try and understand their choices better. We may even find ourselves pleasantly surprised by their explanation. Often, we learn that we were making assumptions or didn’t know the whole story.

To be sure, this requires a lot more courage than simply calling someone a name does, but the rewards are a lot bigger, too. Especially when we implement this strategy with ourselves. If we can screw up and say, “I am so frustrated that I am having trouble with this task,” instead of “Jeez, I’m dumb!” we can give ourselves more space and creative energy to focus on it in a different way, and it sounds a lot nicer. And if there’s anyone we ought to practice being nicer to, it’s generally ourselves.

When Our Compassion Fails 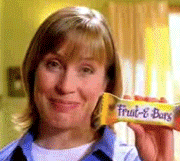 Compassion Starts With You

When Our Compassion Fails

When “Why?” is Not Important
Scroll to top